She also thanked the designer and sponsors for creating her costume.

Maristella Okpala from Nigeria won Best National Costume, which was inspired by the southeastern tribe of Nigeria.

Miss Universe Ireland was delighted to get her message out there and feels like a winner.
'FEEL LIKE A WINNER'

She posted on Twitter: “My message about the reality that all health personnel live was heard by THE WHOLE UNIVERSE.

“I feel like I accomplished my mission and I feel like a winner! Let us pray that our situation will soon improve. I love them!”

One healthcare worker said: "This is incredible @katwalker21

"Thank you so much on behalf of healthcare workers. This means a lot to us all, that you are standing with us, fighting our corner."

Another follower said: "Well done for highlighting this on the international stage." 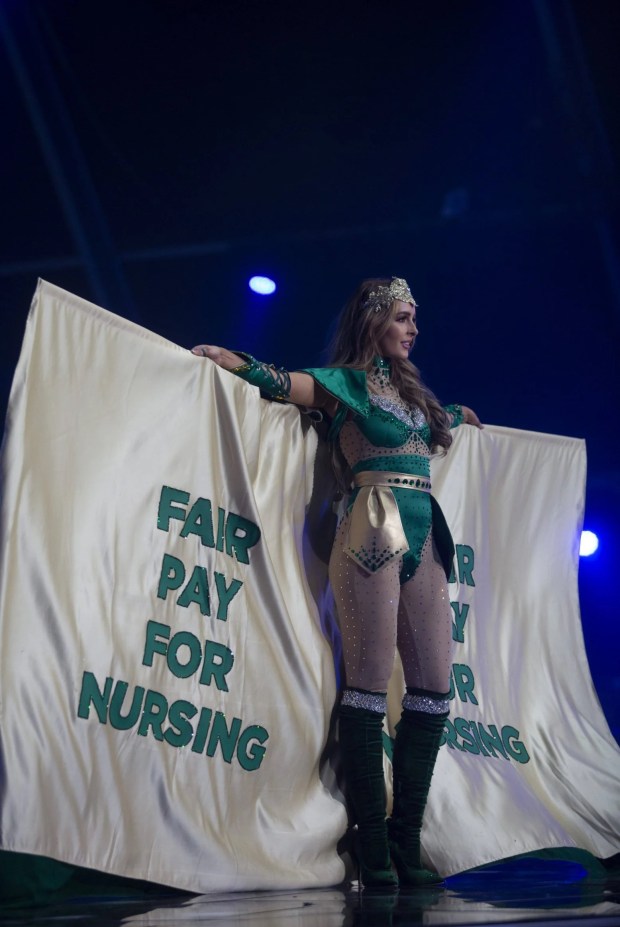